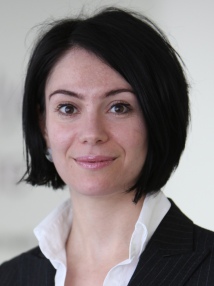 Stamatia (Matina) Giannarou received the MEng degree in Electrical and Computer Engineering from Democritus University of Thrace, Greece in 2003, the MSc degree in communications and signal processing and the Ph.D. degree in image processing from the department of Electrical and Electronic Engineering, Imperial College London, UK in 2004 and 2008, respectively. Currently she is a Royal Society University Research Fellow and a Lecturer in Surgical Cancer Technology and Imaging at the Hamlyn Centre for Robotic Surgery, Department of Surgery and Cancer, Imperial College London, UK. Her research focuses on enhanced surgical vision for intraoperative navigation in minimally invasive and robot-assisted operations. She has been selected as a member of the IdeasLab of Imperial College London on the “Frontiers of Imaging” at the World Economic Forum Annual Meeting of the New Champions 2016 in Tianjin, China. She received best paper awards at the “Rank Prize Symposium on Medical Imaging Meets Computer Vision 2013”, the MICCAI 2014 workshop on “Modeling and Monitoring of Computer Assisted Interventions” (M2CAI) and the 2016 International Conference on Information Processing in Computer-Assisted Interventions (IPCAI). Recently, she won “The President’s Award for Outstanding Early Career Researcher 2017” at Imperial College London. She has also been invited to present her work at a number of international workshops and symposia.  She is a regular reviewer for high impact journals and conferences in the fields of medical robotics, medical imaging and biomedical engineering and one of the main organisers of the annual Hamlyn Winter School on Surgical Imaging and Vision.